By the time it became clear that Megan needed extra assistance at home, she was 76 years old. Her husband passed 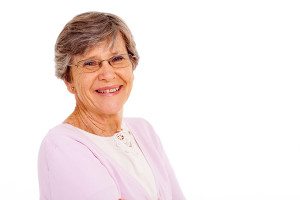 away the year before and for the first several months after work, she had family and friends constantly checking in on her, bringing her food, consoling her, giving her rides to various places, including the store, the mall, doctor’s appointments, and more. In time, it became clear she needed more assistance on a regular basis.

Her family sat down to talk about professional elder care. Most of her family live too far away from her to be able to support her in a practical and healthy manner. She was reluctant to rely on elderly home care in the beginning, mostly because of the expense. She didn’t see the point in hiring somebody to assist her with things she felt she could do on her own well enough.

During the first couple of weeks, this new caregiver was trying to figure out things to do with her. Megan wasn’t forthcoming about her interests or things that were important to her, but she did happen to mention family and friends whom she hadn’t seen or spoken to in a long time. That gave the caregiver an idea to write letters to them.

April is National Card and Letter Writing Month and this is a type of activity that seniors and others might find interesting because it can help them stay connected to people, even if they don’t live close to them or haven’t spoken to them in a long time.

Writing a letter requires different focus and thought than sending an email or text message. For Megan, she wasn’t connected to the Internet, didn’t have a computer, and had no way of reaching her family and friends other than the telephone or writing letters. However, she had written many letters through the years that went unanswered. She simply gave up after a while, and with good reason.  However, as she has gotten older, she is now a widow living alone, the loneliness has become more significant in her life.

Once she began writing letters, she focused on friends and family members whom were most important in her life and as she sat down to write these letters, she was brought back to her youth when letter writing was the most common form of communication for people who lived thousands of miles apart. It ended up being an extremely positive elder care activity she was grateful to do.

If you or an aging loved one are considering hiring elder care services near Scotch Plains, NJ, call the caring staff at Helping Hands Home Care today at (908-418-4299).