Home are in Cranford NJ 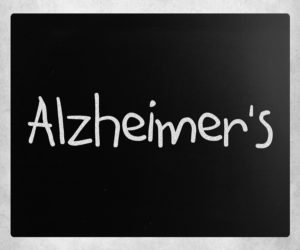 Imagine no longer feeling like you are in control of your own mind and body. You know who you are and how to get through each day in your life, and then gradually you start losing your ability to hang on to your memories or to think things through. It is as though both your mind and body are slipping away from you. You know that this is only going to get worse and that eventually you are not going to be aware of what is happening to you, but you will also not be able to take care of yourself in any way.

This sounds like a terrifying experience, but for the millions of people throughout the United States who are suffering from Alzheimer’s disease, it is their reality. Most people are very aware of the changes that are happening to them in the early stages of the disease, and may feel disconnected from themselves because they know something is wrong and cannot change it. They may know that they never had issues with their memory before or that they were always organized and on top of things, but now are not able to and they cannot change it.

Though for most this level of awareness will dissipate sometime in the moderate stage, you have no real way of knowing what your parent is going through in their mind. Maintaining dignity throughout the course of their care is essential for giving them the respect they deserve and the level of care and support that they need.

Use these tips to help you maintain dignity for your aging parent as they cope with Alzheimer’s disease:

If you or an aging loved one are considering hiring home care services near Cranford, NJ, call the caring staff at Helping Hands Home Care today at 908-418-4299. Providing Home Care Services in all of Northern and Central NJ, including Clark, Westfield, Cranford, Scotch Plains, Rahway, Linden, Summit, Edison, Elizabeth, Mountainside and the surrounding areas.