Caregiver burnout is one of the biggest problems for family caregivers to watch out for while caring for loved ones. It happens because caregivers are often so open and so giving with their loved 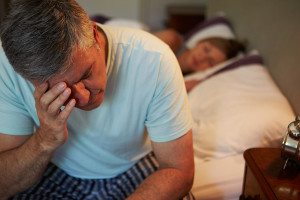 ones, but they often forget to take care of their own emotional and physical needs. Eventually, they’re worn down and worn out, leading to burnout.

You’re Frustrated or Irritated, Even Over Small Things

Feeling constantly frustrated or bursting with irritation, even over things that really don’t matter that much, is one of the biggest signs that you’re dealing with burnout. The things that frustrate you could be simple daily life issues or they might have to do with your loved one’s care. Regardless, you’re overly frustrated and way more easily than you should be.

You Feel Rushed More Often than Not

When you’re frustrated, you are also likely to feel like you’re constantly having to rush from one activity or one appointment to another. Even when you’re resting, you might be worried about your to do list and all of the things you should be doing rather than resting.

Part of burnout involves feeling like no one is really listening to you or hearing you, which often means that suddenly you’re raising your voice a lot more than you used to do. You might feel pretty bad about it later, but in the heat of the moment, you’re still yelling.

You’re Recognizing Increased Anxiety and Other Issues in Yourself

Sometimes you can experience an increase in your anxiety levels or other mental health problems, but other times these symptoms can be a little less obvious to you. When you start to notice them, however, that can mean that they’re already pretty advanced.

Your Physical Health Is Suffering

When you start to realize that you’re always feeling lousy, there might be something to that. Caregivers who aren’t taking very good care of themselves often tend to find that they’re gaining weight, their blood pressure is rising, or they simply feel tired all the time. You might also find yourself getting sick far more often, meaning your immune system isn’t working the way that it should be.

If you or an aging loved one are considering hiring caregiver services in Scotch Plains, NJ, call the caring staff at Helping Hands Home Care today at (908-418-4299).