Lazy afternoons help recharge the mind. It’s okay to take an afternoon off and do something other than household chores. When you’re a family caregiver, these breaks are essential to your well-being. They’ll benefit your dad, too. 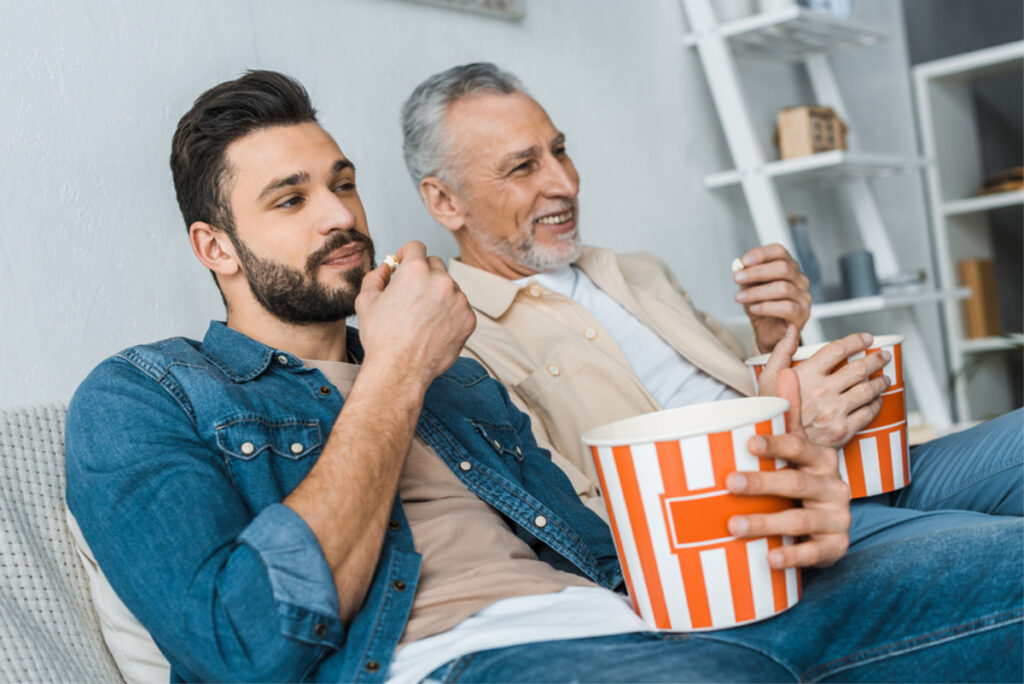 Instead of doing everything on your to-do list. Sit down and watch some of these documentaries with your dad. They’re all engaging, tug at the heartstrings, and may even teach you something new.

The focus of this documentary shifts from the suicides of Japanese workers. We all grow up thinking money, a high-paying job, and a big house are all going to make you happy. It’s not always the case, and that’s the key here. Happy explores the things in life that truly make people from around the world truly happy.

Honeyland is an award-winning documentary that follows the daily life of a Macedonian woman. Hatidze Muratova cares for her 85-year-old mom in a secluded mountain village. She makes money for them by selling the honey she makes using the old-fashioned, ecologically-responsible methods her grandfather taught her.

Throughout the world, there are refugee camps for people who have fled dangerous situations in their countries. Human Flow looks at some of these camps ranging from new ones for Syrian refugees to camps that have been in existence for decades and are home to multiple generations.

Into the Arms of Strangers: Stories of the Kindertransport

Judi Dench narrates this historical look at a British mission involving the smuggling of more than 9,000 children from Nazi-occupied countries like Austria, Czechoslovakia, and Germany in the months before WWII began. The children were all taken in by strangers with the goal of eventually reuniting families when the war ended.

The primary goal of raising honey is to always leave half for the bees. When a gypsy family comes into the community, Hatidze bonds with the family. As they shift focus to also raising bees, she offers her advice, but they ignore it. This leads to tension and disillusion as Hatidze watches poor beekeeping techniques change everything.

Won’t You Be My Neighbor?

Most everyone knows who Mr. Rogers is. People have grown up either watching or watching their kids watch Mister Rogers’ Neighborhood. The story of the man behind the show is told in Won’t You Be My Neighbor? You learn how the minister say where children’s TV was heading and vowed to change it.

There’s another way to take an afternoon off. Elderly care includes services like respite care. Go out with your friends. Take a vacation. Run errands. While you’re off doing your thing, caregivers trained in elderly care take over. Make a call to learn more.

If you or an aging loved one are considering hiring Elder Care in Elizabeth, NY, call the caring staff at Helping Hands Home Care today at 908-418-4299.