Senior Care: As colder weather sets in across the nation, more families stay inside and need things to do.

Your parents can’t get outside into their garden. You can still take walks, but it’s hard to do that on a rainy day. Here are five movies you or your senior care provider can watch together on those dreary days when getting outside seems impossible. 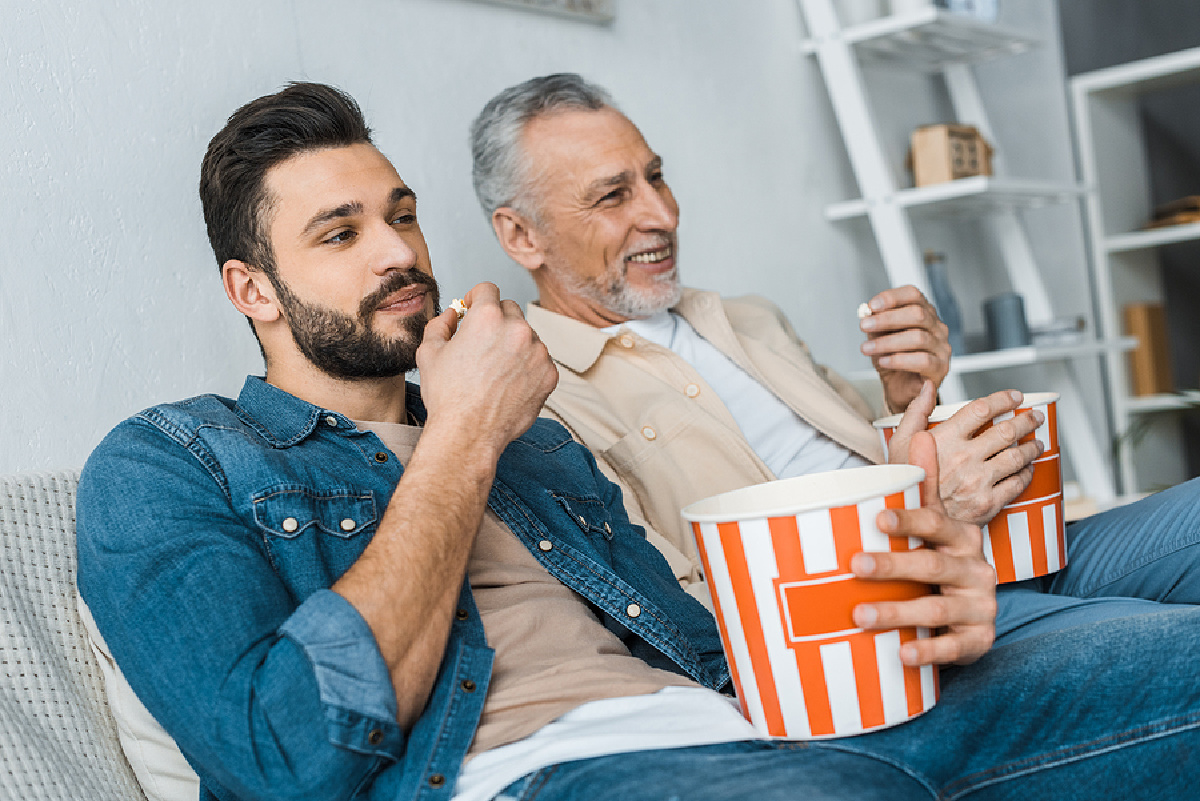 In this Tim Burton movie starring Ewan McGregor, Albert Finney, and Billy Crudup, a man recounts his fantastic, unbelievable life adventures meeting a giant, a witch, and many other colorful characters to his son. While they’re impossible to believe, the truth may be more surprising.

Based on a true story, Sandra Bullock and Tim McGraw play Anne and Sean Tuohy, a couple who adopt an impoverished teenaged football player and help him achieve his dreams of becoming an NFL player.

Lion is another movie based on a true story. A five-year-old boy gets separated from his brother and ends up asleep on a train. When the train winds up in Calcutta, the boy is unable to communicate his town’s name.

Eventually, he is put in an orphanage and adopted by an Australian couple. Twenty years later, he hopes to find his hometown and reconcile with his birth family. The movie shares the tale of his journey and what happens when the family is reunited.

In this coming-of-age movie starring Bruce Willis and Bill Murray, an orphan runs away from his camp to meet the girl of his dreams. Once they unite, they run away together to an isolated beach together, but the island police, family members, and camp scouts are all on a mission to find them.

In this Indian film, a bride is dumped the day before her wedding. Rather than stay and be miserable, she decides to go on their honeymoon to Europe. There, she feels she may be over her head and plans to head home until she meets a French woman who shows her how to have a great time as a single woman in Paris.

Have you been taking time to focus on yourself, too?

Your parents need help, but you cannot ignore self-care. You need to take care of yourself. Senior home care offers the chance to take a few hours, a few days, or several weeks off. Go on a vacation, attend to your health care needs, or run errands knowing that a caregiver is with your parents while you’re away. Call a senior care expert to learn more.

If you or an aging loved one are considering hiring Senior Care in Rahway, NJ, call the caring staff at Helping Hands Home Care today at 908-418-4299.