Having one of your elderly loved ones experience a heart attack can be one of the most intimidating and upsetting events in your elderly care journey. After the incident, however, the real 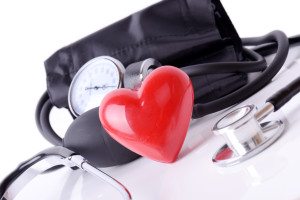 challenge begins. Your parent must not only cope with the need to heal and recovery physically, but he might also have to face the psychological effects of the event as well.

As frightening as seeing your loved one go through a heart attack was for you, it was likely even more frightening for your senior who may have faced moments of uncertainty regarding his survival as well as his future quality of life. For many seniors, this stress and fear can become debilitating and lead to post traumatic stress disorder, or PTSD. While most people think of PTSD as something that relates to people who have undergone extreme psychological traumas such as warfare, rape, or torture, research shows that the clinical definition of this disorder can also apply to some people following having a heart attack due to the fear they experienced during that attack, and the ongoing worry that they will have another.

A truly sobering fact about PTSD after a heart attack is that seniors who deal with PTSD after suffering a heart attack are at twice the risk of dying from a second heart attack within the first three years after their initial heart attack. This means that your parent can become so worried about their heart that they increase their chances of going through exactly the thing that they are afraid of.

Helping your aging loved one work through his fear about having a heart attack and get through the situation so he can reclaim his normal quality of life and avoid PTSD should be a central focus of your elderly care efforts after a heart attack.

Use some of these tips to help your parent avoid PTSD and overcome his heart attack so he can move forward in a strong, healthy way:

• Talk it through. People tend to fear the unknown or the mysterious. Take away that mystery and give your parents all of the information that they need so that they feel empowered and prepared to confront the condition and their future health. Giving your parents and outlet and confronting the reality of the heart attack can make your parents feel less afraid and more in control throughout his recovery and beyond.

• Get active. Part of the increased risk for a deadly second heart attack comes from become inactive after the initial heart attack. Many seniors fear that if they are active, they will worsen their heart condition and set themselves up for another attack. Just the opposite is true. Take the doctor’s recommendations for how much physical activity your parent should get and let that activity support improved physical, mental, and emotional health.

• Find support. No matter how hard you try, you just may not be enough support and guidance to help you parent through the emotional aspects of his recovery. He may need to hear from someone who has gone through the same things and feel that he is not alone. Contact the elderly care agency in your area to find out about support groups and networks that can give him a place to talk, seek support, and become an advocate for others.

If you or an aging loved one are considering hiring elderly care services near Scotch Plains, NJ, call the caring staff at Helping Hands Home Care today at 908-418-4299.