“A Caregivers Suggestion near Westfield, NJ”

Have you heard from your elderly dad’s doctor that he might have osteoporosis? Even though you might think that’s a condition only for older women, it’s actually still possible for men to get it, too. As your father gets older, he can experience similar loss of bone mass and bone density. It’s predicted that during the next 10 years, 20 million elderly men in America will have brittle and thinning bones. Women do often face this condition earlier in their lives because of menopause and the accompanying hormonal changes, which also makes for a faster decline than what men experience. After about age 65, both men and women lose their bone mass at about the same rate. 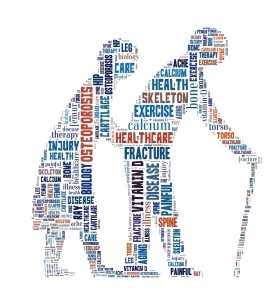 What is it like to be a Man with Osteoporosis?

It does affect men differently. Science has found a link between unusually low levels of testosterone and having osteoporosis. If your elderly father has been taking drugs for prostate cancer, they’re likely affecting his testosterone levels, which can lead to losing bone mass. About one in four men over 50 years old can expect to break a bone caused by osteoporosis over his lifetime, compared to women who are twice as likely. There are many things you can do to help avoid this, because fractures are serious injuries for the elderly and can affect the rest of their lives.

Here are some things you can suggest to your dad to help:

It is common knowledge that women are told to take more vitamin D with their calcium to prevent having osteoporosis, but men should actually take lower doses of it. If you’re having trouble managing vitamins, medications and a healthy diet, hiring home care providers to help care for your senior father would really help you out.

If you or an aging loved on need a break from caregiving near Westfield NJ, call the caring staff at Helping Hands Home Care. 908-418-4299 .