Huntington’s disease is a hereditary disorder that affects the brain. It is incurable, and eventually leads to the patient losing control of their body and bodily functions, often leading their loved ones to seek out a home care aide for them. 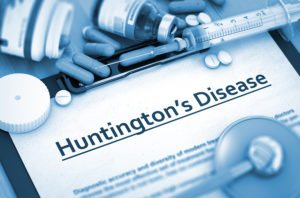 Home Care in Rahway NJ: What is Huntington’s Disease?

Huntington’s causes damage to nerves in the brain, which then break down. This breakdown of nerves and cells leads to loss of the ability to speak, walk, and think like one used to. The illness acts gradually, breaking down the nerve cells over time, usually over years or decades. This takes a great toll on the sufferer’s family, not just because they have to watch their loved one slowly lose the ability to take care of themselves, but also because the disease is confirmed to be hereditary, meaning that if one’s parent has it, it is more likely that you will have it as well.

The disease is caused by a flaw in a specific gene that is responsible for producing the protein huntingtin. Since 1993, genetic tests have been available for one to see if they have the dominant gene that makes Huntington’s a real possibility, but many people choose not to take the test. There are some who want to take the test, so that they can know if they will contract the disease and can react accordingly, but there are others who would rather not know what the future holds, so that they can live their lives normally and happily until a time when and if the disease presents itself.

Around one in every 10,000 people in the United States has Huntington’s, and 150,000 more are at risk for getting it. People of any ethnicity can contract Huntington’s disease, but it is most common in Caucasians. While there is no gender bias to this illness, it normally begins to present itself in patients between ages 35 and 55. This means that if you are taking care of an aging loved one, chances are, you already know whether they have the illness or not.

Huntington’s is difficult to diagnose, because it’s symptoms are so subtle. For example, the first symptom of Huntington’s is often depression, which can be a symptom of many other disorders, or just of depression on its own. Other symptoms include shifts in mood or odd behavior, and eventually problems with motor skills, which are a bit easier to diagnose.

In most cases, Huntington’s is diagnosed, then gradually grows worse and worse for the next twenty years, until the patient ultimately passes away. Near the end of the disease, things can be very dangerous for the patient, because there are many bodily functions that don’t work properly. For example, a patient may not be able to swallow, and can get choke. In the later stages of the illness, the sufferer will need round the clock care or home care.

Huntington’s disease is a very serious and tragic illness, made all the more so by the fact that it is incurable. However, the more attention doctors and others bring to Huntington’s, the more money they can raise for research, and the closer they can come to finding a cure.

If you or an aging loved one are considering hiring home care in Rahway, NJ, call the caring staff at Helping Hands Home Care today at 908-418-4299. Providing Home Care Services in all of Northern and Central NJ, including Clark, Westfield, Cranford, Scotch Plains, Rahway, Linden, Summit, Edison, Elizabeth, Mountainside and the surrounding areas.